Principles of Success for the Toughest of Times, By Adrienne Papp 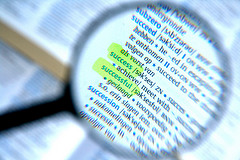 Alex Kaufman may not be a household name, but he is a celebrated American entrepreneur who survived the Holocaust and, starting with nothing, built one of the biggest chemical empires in American history.  Through daring, innovation, and sheer hard work, Kaufmann developed thousands of exclusive products for the aircraft industry, building numerous companies, developed the popular sweetener NutraSweet and created thousands of jobs through the chemical industry worldwide.  His story is one we can all learn from. This extraordinary man, who reveals his charm and flamboyant personality in conversation, who through resourcefulness and determination, has developed a set of principles that helped carry him through the toughest times in his life.

Follow his advice, and it will help you overcome anything and accomplish all that you attempt in life:

“I survived World War II by living in the forests in Poland and coming into the villages to work for food.  Most of the men were gone, and the women left behind needed help.  Even though they didn’t know me, they learned that I could be trusted to do the work I agreed to do.”

“The same thing applied when I came to America.  My English might not have been perfect, but they knew I would tell them the truth.  As I worked up the ranks at Hatco, I dealt straightforwardly with the people above me, the ones I worked with, and those who worked for me.  When later I bought Hatco I had to borrow millions of dollars.  I had no collateral anywhere near the amount, so I told the bankers to check my reputation with the mother company and within the chemical industry.  They came back in a few days and made the loan. At that point, the Hatco employees had a choice: stay with the original owners, or make the jump with me.  I was proud that so many good people trusted me and came with me in our new venture.  We did great things together.”

“I was up to my chin in debt, I had good people, yet I still needed to buy chemicals to make new products – but I had no money to do so.  My suppliers, with whom I had worked for years, knew me and concluded those early deals with just a handshake.  They believed in me, which paid off for me, and I kept my word, which paid off for them.”

Don’t be afraid to take risks.

“The Nazis had me in a work camps laying railroad tracks, and I realized that unless I did something drastic, I would never get out of there alive.  One day when a slower than usual train came through, I threw down my sledgehammer and ran, jumping on the moving train.   The guards shot me in the foot, but I held on for dear life and made it to the forest, where I jumped off and lived for the rest of the war.”

“I jumped on that train to save my life, of course, but I also did it to prove that a dictator was wrong and that freedom was right.  There are people all over the world still taking those kinds of risks.  They may not be jumping on a train, but they are standing up for freedom in places such as China, Iraq and Iran.”

“The second risk I took was buying Hatco.  I was president of Hatco when it was owned by the original owner, Grace, and I received a good salary and a comfortable life.  I had a wife, three children and a mother-in-law who all depended on me.  Buying Hatco was a financial risk, but one I was willing to take to become a better provider.”

Become Self-sufficient as soon as possible.

“I saw the Nazis take away all the material goods of my family and thousands of others during the war.  If you get a good education, no one can take that away.  When I graduated from the university amid the ruins of Europe, I had job offers from Australia to Argentina to America.  I could have gone anywhere.  For me the best country in which to achieve success was the United States.  It still is.”

“I learned a lot from Peter Grace, the president of W.R. Grace and Company, but as soon as I could I went out on my own.  Get an education, then learn from the best people you can find in your field.  As soon as you can, strike out on your own.”

“Knowledge and hard work are an unbeatable combination.  In the chemical business, we depend on catalysts creating chemical reactions to produce new products.  Sometimes these reactions with 10,000 gallons take hours to complete, and when they did I was there – even if they took place in the middle of the night.  Years later I was named Entrepreneur of the Year, but it all began by willing to work hard.”

“Companies should be as self-sufficient as the people who run them.  As I build up Kaufman Holdings, I structured companies with synergy to supply each other instead of having to buy supplies and products from others.  That way we could keep the profits in-house and could use them to modernize and keep ahead of the competition.  I was very proud to have created hundreds of jobs that enabled employees to have good lives.  Some of the children went to college and then came back to work at Hatco.”

“Countries need to be self-sufficient too.  I’m not against international trade –I have sold millions of dollars of chemical products overseas- but I’ve argued for years that when we see our best young minds go into financial institutions instead of making things that people can use, we are on the wrong track.  The events in the last few months of our economy have proven my point.”

“The lowest point of my life was when my parents and sister were taken away.  I never saw them again.  There is nothing more important than family.  To bring children into the world, to provide a good life for them, to give them a good name to live up to – all these things should be the main focus of a good life.”

With his youthful energy, Kaufman now enjoys travelling the world, staying at homes in Aspen, Palm Desert, New York, and New Zealand. Beverly Hills is his second home with frequent visits to TV shows, and cruising around for great restaurants and designer shops. He continues to cut a dashing figure, riding his Harley, playing tennis, carving tracks in the snowy peaks above Aspen.  The more permanent marks he is leaving in the world are the lasting impressions of his values for all those who are willing to listen.

Member’s Update from the Academy Museum

Save the Date for Your Charter Member Preview