Dr. Bruce McLucas Shares What Every Woman Should Know, By Adrienne Papp 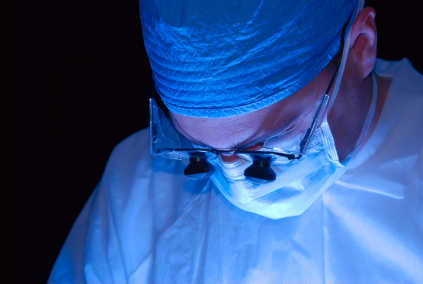 Young or old almost every woman has fibroids, some have it worse, some better. Better, when the fibroid is silent and grows without causing problems, worse when it distresses one’s life in various different ways. However it is almost always problematic. There is a long and ongoing saga that has never been completely and conclusively resolved in almost any woman’s life.

Fibroid tumors, although usually benign are troublesome and a potential threat to a woman’s general health on the long run. Although it is extremely rare for them to turn cancerous, they can cause pain anywhere from tolerable to severe, and a whole platform of other problems that this article is too short to detail. Sometimes they interfere with pregnancy anywhere from infertility to premature birth, and some other times they interfere with your life, from painful sex to a dead social life and a number of other daily activities in between.

In the past, the solution most of the time was to perform a hysterectomy altogether to reduce the complication of the otherwise complex surgery, which however was frowned upon as most women still desire to keep their fertility even at an older age. Thankfully, with a new and improved procedure, this most important concern is no longer the case. A new technique pioneered by Dr. Bruce McLucas requires only a very small, minimally invasive procedure that uses tiny granules to shut off blood flow to the fibroids, causing them to greatly reduce in size up to 50% or more.

I myself have lived with a fibroid, the size of a five-month old fetus, and dreaded the day when the final curtain call was to be shot at me and there was no longer to go without going under the knife. “This is it. This is coming out,” I heard my gynecologist, who was not Dr. McLucas, firmly declare the verdict on that dreadful day that in the end really did arrive. A major surgery, one week in the hospital, possible blood transfusion, two month recovery, weeks in bed, some lingering pain, complications with pregnancy if pregnancy is even possible, infections from the surgery and perhaps hysterectomy in the end , even if the surgery to remove just the fibroid was successful, was going to be my fate. I left the office with a black dog depression as I heard the list continuing in my head, on and on, including the fact that the fibroid can grow back, and the size of the medical bill was going to skyrocket with or without health insurance.

While developing shortness of breath as the result of responsive stress, I was in mid-sentence chocking on air in my physician’s office, yet another doctor, trying to explain why I could not breathe as the result of my O.B./GYN’s prognosis, and rightful foregone conclusion on how the rest of my life was going to look. “Oh, that is not an issue, go see Dr. McLucas,” said my physician. I had no idea who Dr. McLucas was, or what could be done in my case when I thought I was told about everything doable under the sun. Yet desperate to hang onto dear life, I felt a visit is worth to see if there was a solution to this God-forsaken problem that a lot of women at some point in their lives face. Unbeknownst to most of us there is a new treatment first performed in the U.S. by Dr. Bruce McLucas, called the “uterine fibroid embolization (UFE),” which is a minimally invasive treatment, – technically a pinprick, – that substantially reduces the size of the fibroids. While this treatment has gone under the radar somehow, Dr. McLucas, a Los Angeles-based obstetrician-gynecologist who practices at the University of California at Los Angeles Medical Center and is also a Clinical Assistant Professor in the Department of Obstetrics and Gynecology at the David Geffen School of Medicine at UCLA, and an M.D. from Yale University Medical School has performed more than 5,000 surgeries in the US allowing women to live a pain-free, active life and even become pregnant after the UFE surgery. He served his residency at Cedars-Sinai Medical Center in Los Angeles as Chief Resident and completed undergraduate studies at Princeton University and graduate work at Queen’s College, University of Oxford, United Kingdom, before attending Yale. His credentials certainly made it unquestionable to me from the beginning that I was onto discovering something that every woman should know.

The embolization produced no discomfort; it was a pain-free treatment and, after a week of rest, I felt like I had a new lease on life. I also interviewed other patients who got UFE and some thought “this was the best thing they ever did for themselves.” Others called it “life-saver.” Given that the fibroid does not return after embolization is performed, those women who wanted to have children “had no problem whatsoever.” The procedure takes about 20 minutes, does not require anesthesia and one can return to their normal lives after just a week. Even the downtime of that one week is almost pain-free, but if there is pain it is manageable with simple painkillers, but mostly feels like one has a mild flu. Some patients return to work in a few days.

Dr. McLucas uses an x-ray camera called a fluoroscope to guide the delivery of small particles to the uterus and fibroids through a thin, flexible tube called a catheter. These particles block the arteries that provide blood flow to the fibroids, causing them to shrink substantially and permanently. There are no lingering aftereffects, and nearly 90 percent of women with fibroids experience relief from their symptoms.

UFE is a procedure that is becoming more and more common across the country, and can be performed at any well-equipped medical facility such as St. Vincent Hospital in downtown Los Angeles. St. Vincent is the cleanest, most modern facility that has consistently provided the highest quality health care and offers state of the art facilities and procedures. Unlike many hospitals the staff at St. Vincent is hospitable and personable.

Thanks to this simple, insurance-covered, and highly effective procedure, finally, several hundred thousand women worldwide have found relief and a return to normal life. I was lucky to be one of them.

How the Reality of Death Motivated Steve Jobs’ Life…

Self-Actualization or Self-Sabotage? Part One