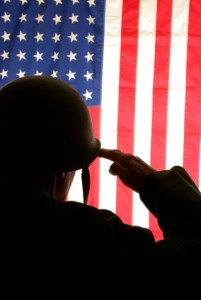 A Story on The Human Anthrax Vaccine

It’s not only that with his recent documentary Scott Miller has made an amazing film, it’s that the film has made Scott Miller into an amazing director who dares to talk about issues better left unspoken and swept under the carpet.

Ten years in the making, Miller’s A SOLDIER’S STORY (The Human Anthrax Vaccine) is the result of years of research into a disturbing medical program involving the U.S. military. The documentary focus on the widespread abuse of the human anthrax vaccine, examining the harm done to Allied Gulf War troops when the governments of the U.S., Britain, Canada, and Australia ordered their soldiers to be “immunized” with the anthrax vaccine. The audience, the viewer, the general public, collectively “us” will have the freedom to form our own opinion while watching the film. The freedom that the military personnel documented in this movie did not have. The freedom that we all think is our basic human rights, our birthrights, military or not, at least in this country, in the United States. Not that we have to pull a lot of political stunts to see the obvious contradiction between what the government sometimes says and does, or actually does not say and does not do, while claiming that it stands for its people and their freedom. Who are the people? The people in this movie were not even considered let alone heard. They are not heard to this day. That is why the movie was made. A SOLDIER’S STORY is an eyewitness account of the U.S. and U.K. military anthrax vaccination programs. Because of the vaccine’s crippling and deadly consequences, the incurable autoimmune disease and birth defects has spread like wildfire through Gulf War veterans. Despite the evidence of the fatal and devastating side effects, the anthrax vaccine is still forced on our soldiers today. When our soldiers risk their own lives to fight for our freedom and human rights yet denied their own, then it’s up to us to fight for theirs! Watch this documentary to learn why we must stop the illegal human experimentation on our soldiers in the name of homeland security. Or, as sometimes referred to, and discounted for, as Post Traumatic Stress Syndrome. 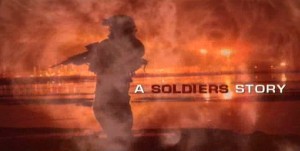 A SOLDIER’S STORY is a must see and one of the most provocative and engaging documentary of the year! Never before did we have such dire consequences of ignorance as brought to light in this movie. Or, maybe we just did not know about it. Either way, Scott Miller shines the light on the reality that needs to be understood. In 1989 when Miller opened his own production facility, Scott Miller & Company, which has since earned a reputation for being one of the last and one of the best creative television commercial production boutiques in the U.S, he was just starting out in his father’s footsteps. He now specializes in campaigns to launch new concepts and upgrade the corporate image, but also thrive for creative excellence and editorial content. He has been named by Eastman Kodak as one of the 100 of the world’s finest cinematographers. He has been repeatedly featured in promotional advertising by Eastman Kodak Film as a tribute to his outstanding creativity and innovation in the use of the Kodak film. His company has currently billed over one hundred million dollars worldwide. This documentary is executive produced by Demetris Kyriacou, and his company Reach Up High Entertainment will be selling the film next month at Cannes Film Festival. The film is publicized by Atlantic Publicity and Atlantic Publisher worldwide, headed by Adrienne Papp. 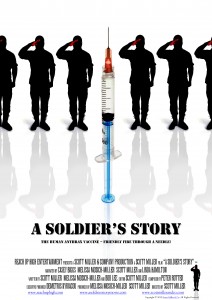