Editor’s Choice, Best of the Best, America’s Most Promising Practitioners By Adrienne Papp

Lisa Watkins Passionately Changing the Paradigm of Mental Health As a registered nurse, Lisa Watkins made her rounds adminis-tering treatments and encour-agement to cancer patients, but soon she found she was also drawn to the work being done in an outpatient mental health fa-cility in Bismarck, ND. The more she observed the more she re-alized that some of the patients had similar issues that she had herself. “I just started asking a lot of questions and had a deep-root-ed interest and need to help people who were hurting emotionally, just as I was,” Watkins says.

After receiving education as a mental health nurse practitioner and further training as a certified functional medicine practitioner her paradigm for mental health treatment shifted dramatically. Translating her experience at the clinic into private practice, Watkins soon was offering help to people who were deeply troubled. “I listened to my patients sharing stories about their daily struggles, family life, family history, traumas, illnesses and other issues that may have had an emotional impact on their lives,” she says. “Those discussions gave me a place to start, and with the addition of energy therapies, we were able to dig into the real issues, as the mind always knows what the problems are and what needs to be healed.” Watkins also began do-ing energy work, including muscle testing and becoming a level two Reiki healer. She was also able to begin to clear negative
energies that were manifesting symptoms in her patients. 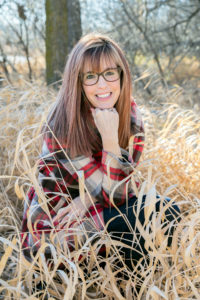 “A lot of these symptoms are stress related and exacerbated due to poor diet,” Watkins explains. “Things like gluten, specifically, are known to cause increased inflammation in the body. Other culprits of increased inflammation and stress on the body are sugar, eggs and dairy.” Now, after ten years as a mental health nurse practitioner, Watkins has developed a practice that incorporates the teachings of Dr. Kelly Brogan, Dr. Brad Nelson, and Dr. Joe Dispensa. “It is believed that diet is responsible for about 90% of all diseases. To assists the body in healing, I utilize a line of sup-plements, called Isotonix, the world’s most advanced nutraceuticals. Isotonix supplemen-tation delivers nutrient dense solutions for efficient absorption with little to no GI distress, Lisa says. “It’s a powder that’s mixed with water to provide rapidly assimilated nutrients to the body. In as little as an hour I’ve had patients tell me that they feel more calm, and their thinking is clearer and more focused,” she adds. Youthful and Ageless™ will be working with Lisa for years to come and update you regularly on the latest. Until then, for ap-pointments call 701-471-7066. Or email to LDWGROUPINC@ HOTMAIL.COM
Website:
www.ldwgroupinc.com and www.igotthevitamins.com 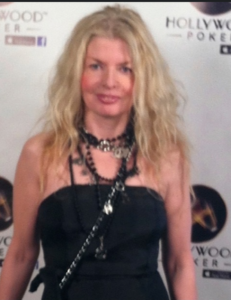 About the Author of this Article:

Adrienne Papp is an American journalist, publicist, producer and commercial director based in Los Angeles, CA, New York City, NY and Aspen, CO.  She is the President and CEO of Atlantic Publicity, Atlantic Publisher, both multi-level media communication outlets focusing on extraordinary people with extraordinary true-life stories in print, on TV and the Internet. Papp also owns Spotlight News Magazine, a news release and educational publication that features outstanding personalities, full length articles and cover stories of award shows, such as the Annual Awards of The Caucus for Producers, Writers and Directors; The International Press Academy’s Satellite Award, the Oscars, Emmys and The Cannes Film Festival, just to mention a few. Her cover stories appeared on countless printed publications and have been syndicated to over 2,000 prime outlets over the years. She is also the founder of Adrienne Papp Enterprises and Youthful and Ageless™ both including anti-aging sciences and full-length true stories with a touch of celebrity. Her companies are on Television every day in rotation between various channels.  She is on the board of the William Fox Film Club. Atlantic United Films, which is a division of Atlantic Publicity, writes summaries, synapses and helps filmmakers distribute films and gain recognition. She has a Master of Science Degree in Economics and Logistics. She is also an MBA. Her other degrees from NYU and UCLA include marketing, advertising, “international trade, law and financing.”  She was a Guest Professor at Oxford University;
She directs TV and Airline On Camera Editorials. She is the Managing Editorial Director of The Beverly Hills Times Magazine. She is the Editorial Director of and Anti-Aging Expert at Hollywood Weekly. She was knighted and became a Dame in 2010. Her official name is Lady Adrienne Papp and Dame Adrienne Papp.
She is the Voting Member of The International Press Academy and The Oscars: Academy of Motion Picture Arts and Sciences. Her full publicist profile can be viewed on Imdb.com and ImdbPro.com. Her clients are internationally recognized and include, Kimber Eastwood (daughter of Client Eastwood,) Dr. Garth Fisher, Dr. Zein Obagi, just to mention a few.

The Festival de Cannes commits for the environment.