Celebrate 70 Years of Courage with AWM by Sharing Your Voice

The Alliance for Women in Media (AWM) is celebrating its 70th anniversary with the official launch of a VOICES OF COURAGE digital tapestry, a commemorative logo and a social media campaign, using #VoicesOfCourage and #70YearsOfCourage. Since its inception in 1951, AWM has been committed to inspiring, educating, celebrating accomplishments and expanding networks of women across all segments of media.

AWM is the aggregation of all women’s voices in media, and we know that every voice is not only different, but rich in its individual context. In order to share these narratives in an even more personal and meaningful way, we have developed a new website, which has appropriately been titled, “Voices.” We invite you to join the celebration by contributing to the tapestry. To view th tapestry and add the individual who inspires you, visit celebrateawm.org.e VOICES OF COURAGE

If you are interested in supporting the next 70 years of AWM or sponsoring a square on the tapestry, visit allwomeninmedia.org/foundation/make-a-donation/.

Former Avalon manager Olivia Wingate has launched the solo production company Wingate Media, bringing all her projects and team with her, we hear. The company will be headquartered in New York, focused on developing, incubating and producing premium and cutting-edge projects aimed toward a worldwide audience, and committed to prioritizing unique and underrepresented artists and perspectives. Read More

Legendary rapper/actress/producer Queen Latifah and her business partner Shakim Compere’s Flavor Unit are partnering with Audible to produce a series of exclusive podcasts, Variety reports. In the multi-project first-look development deal, one of the upcoming projects under the deal is Queen Latifah’s “Unity in the Community.” The project is a seven-part limited series in which “she goes in search of good news and delivers it, focusing on community activists who are the glue that keeps their neighborhoods together.” Read More

WarnerMedia is staffing up as the streaming wars heat up in Asia. Regional industry veteran May-Yi Lee has joined the company as lead of development and production for unscripted originals. Based in Taiwan and active in the industry for more than 20 years, Lee joins from National Geographic, where she has worked on a variety of shows based in Southeast Asia, Japan and China. Read More

Over the last season, the WNBA has seen a substantial increase in ratings, engagements on social media and merchandise sales. Giving her perspective on this growth, Sue Bird from the Seattle Storm said it feels like “the country has finally caught up.” “It seems like we’ve been having to fight for certain things from a social justice standpoint,” Bird said, touching upon the diverse group of talent visible in the WNBACity National Bank Supports EIF’s Disaster Relief Program With $100,000 Sponsorship. Read More

Malcolm X’s daughter, Ilyasah Shabazz, is bringing her father’s story to the small screen. The series is currently in development and will be adapted from the novels X: A Novel and The Awakening of Malcolm X — both of which were co-written by Shabazz alongside Kekla Magoon and Tiffany D. Jackson, respectively. Variety broke the news, revealing that Sony Pictures Television’s TriStar will release the series with Shabazz executive producing. Read More

‘Hey Alexa’ Becomes Two-Way Connection Between Radio And Its Listeners.

Radio has only begun to explore the interactivity potential of smart speakers but the next big step is about to roll out in four test markets as iHeartMedia beta-launches a new song request feature for its Alexa skill. The company teamed up with Amazon to use advanced updates to Alexa’s voice artificial intelligence to build the first-to-market feature for a radio streaming service. Read More

The Alliance for Women in Media is celebrating its monumental 70th anniversary, and in celebration of paving the way for the next generation of women in media, we are continuing the Gracie Interview Series – Virtual Gatherings. The next installment of the series will include a conversation with special guests Julie Talbott, president of Premiere Networks, and moderator Angela Yee, co-host of “The Breakfast Club” and host of “Angela Yee’s Lip Service”, on Thursday, July 29, 2021. You won’t want to miss this compelling conversation! Learn more and register today at the link below.

Take advantage of our Career Center! This premier online resource allows staffing agents in the media industry to post job openings and receive resumes from candidates, while allowing job seekers to view job postings and upload resumes. We want to help you get the word out to the most qualified candidates. Post today! 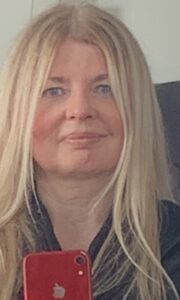 Member’s Update from the Academy Museum

Save the Date for Your Charter Member Preview